NHL Central Scouting has released its Preliminary List, a link to which may be found below.

Preliminary Rankings are exactly that -- preliminary. An A-B-C ranking system is used, with an explanation on the cover page.

'I'm Speaking Out in Suppport of My Kid'
With mid-term elections Nov. 6, Tabor Head Coach Gerry Dineen is urging Massachusetts voters to vote yes on Question 3, which protects the civil rights of transgender people.

“I’m speaking out in support of my kid,” Dineen said. “We’re hoping it will pass resoundingly.”

Dineen’s son, Charlie, is a transgender senior at Tabor, having transitioned in the spring of his freshman year at the school. He rows crew and is into drama and the arts.

“We’re a family that loves each other,” Dineen said, “and I want to make sure Charlie is protected.”

“I get it that it makes some people uncomfortable,” Dineen added. “But it’s an important time in the country and state. I have to step forward and do something, even if I only manage to convince one person.”

Dineen said that when Charlie announced his decision several years ago, he found it disorienting and confusing. "There are certain constants in life," he said, "and one of those had suddenly changed.”

“I’m a school teacher and so is my wife. I tend to be a problem-solver, and approached it that way. We were learning on the fly. I needed to educate myself, to figure the whole thing out. What I realized is there’s nothing to figure out. It’s just the way a person is.

Dineen is now doing just that, in his own understated way. “People might be, ‘Wow, I didn’t know Gerry Dineen was going through this. But this is real. This isn’t the Jerry Springer Show. We’re a close family, and we’ve been all-in for a while now”

***
Dineens’ older son, Brett, a former Tabor defenseman now playing for Middlebury, where he is a junior, wrote a piece in the form of a letter to his younger brother. It appeared on The Players’ Cave website in the summer of 2017 and it’s quite moving. (See link below.)

“Brett did that on his own,” Dineen said. “He wanted to stand by his brother. This was a way to say that, to put it out for everyone to see.”

Matt Miles, the head of the Eastern Exposure Hockey Group, is hosting a 14U/13U tournament in New Hampshire this weekend (Nov. 2-4), with games rotating between Tilton, New Hampton, Proctor and Plymouth State College.

Thirty teams will be on hand: 22 Bantam 14U teams and 8 Bantam 13U Minor teams. Some teams are New England-based, but others are coming from a long way off. There will be 10 Canadian teams, all but one from Quebec and Ontario. The team traveling the greatest distance is the North Shore Winter Club (North Vancouver, BC), which has developed dozens of future NCAA players as well as a couple dozen who went on the NHL, e.g., Paul & Steve Kariya, Brett Hull, Evander Kane, Jordan Weal, and Drew Shore.

This tournament is set up as a showcase for kids who might be interested in what New England prep schools and colleges have to offer.

Here's the program book. It's a 28-page PDF that includes directions to the rink, brackets, schedules, and 30 rosters.

The Fall Beantown is back. There will be a small number of games late tomorrow (Thurs. Oct. 25) before things go full-tilt Friday through Sunday.

The tournament will use the New England Sports Center as a primary venue, along with the Worcester Ice Center, the Navin Rink (Marlborough, Mass), and the Northstar Arena (Westborough, Mass.).

The final schedule is here:

The Beast semifinal schedule for Sunday morning at UMass:

U13 Games Sunday at the Prep Cup

Playoff Games
8:00 am- Ottawa Myers vs Rochester Monarchs at Cushing
9:00 am -- Buffalo Regals vs RI Saints at Cushing
8:00 am -- CT Jr Huskies vs Assabet at Winchendon
8:15 am -- Providence Hockey Club vs AY Northstars at Fitchburg

Note all consolation Games are full games, all playoff games are 30 minute games.

Click below for the program book for this weekend's Beast playoffs. It includes complete rosters, a schedule, and rink directions. All games will be played in Western Mass -- the Pioneer Valley, to put a fine point on it -- and it's a two-day affair, i.e. Saturday and Sunday.


... and the Prep Cup
Also, here is the program for the Prep Cup (14U, 13U) taking place Fri. Oct. 19 through Sun. Oct. 21 at several different rinks in Central Mass. The program book has rosters, schedules, and directions to rinks.

The 8th Annual Prep Cup is set to face off tomorrow, Fri., Oct. 19th, and continue through Sun., Oct. 21st. All games will be played in Central Mass -- at Cushing Academy, Winchendon School, Worcester Ice Center (home of Worcester Academy), and Fitchburg State. There will be twenty U14 teams (2004s) broken up into a Red (top level) and White (second) divisions. There will also be twenty U13 (2005s) team.

The top teams at each age group are as follows:

The Ottawa Myers are said to be the best Ontario team that has come down for the tournament, slightly better than the '03 Ottawa 67s team that lost in the 2017 semifinals, a game that featured two standouts in big, strong 67s defenseman Roman Schmidt and small, skilled LI Gulls forward Jeremy Wilmer. The Gulls would win the game, 4-2, and go on to beat the Philadelphia Jr. Flyers in the championship game. Both Schmidt and Wilmer have since committed to Boston University.

Note:
We hope to have rosters as soon as they are ready, so please check back.

The Beast playoffs will be held in Western Mass this weekend (Sat.-Sun. Oct. 20-21). Saturday's games will mostly be at the UMass practice arena. Other rinks being used Saturday are Williston-Northampton School, Fitzpatrick Arena (Holyoke), and Cyr Arena (Springfield).

On Sunday, all games will be at UMass -- both the practice rink and Mullins Arena. (There's one tiny typo in Sunday's schedule. The 2:40 playoff game scheduled for the practice rink should read 2/7 loser vs. 3/6 loser.)

It's a very strong field, the weather will be appropriately cool, as will the foliage. Here are the seedings:

The 2018 East Coast Classics College Cup is on tap for this weekend, Fri.- Sun. Oct. 12-14, which is, of course, the weekend that NCAA Div. I college teams begin to play meaningful (more or less) games.

The tournament, an 18U, 16U, 15U affair, will be played at six venues over the weekend, with the bulk of the games at the three-sheet Northford Ice Pavilion (Northford, Conn.).

Click below for the program, which includes full rosters and a schedule.

There's plenty of action in the Boston area this weekend, with two tournaments going on simultaneously. There's the EHF-Selects Jamboree, which we posted the schedule of a couple of days ago. But there's also the North American Challenge Cup, a U18/U16/U14/U13 tournament which runs from Friday Oct. 5 through Mon. Oct. 8, which is not only Columbus Day but also, in Canada, Thanksgiving.

Most of the action at the NACC will be centered around the Canton Ice House (two sheets) as well as the Worcester Ice Center (also two sheets). We have a link to the Excel spread sheet schedule below. The first page, i.e. the Canton Ice House tab, doesn't specify the age group, but it's the young ones, i.e., U14s.

The Eastern Hockey Federation (EHF) vs. Selects Jamboree is on tap for this weekend, Fri.-Sun. Oct. 5-7, at several area rinks -- primarily in the city -- at Boston College and Warrior Arena. A good number of games will also be played at NorthStar Ice Sports (Marlborough, Mass.), Harvard's Bright Hockey Center (Allston, Mass.) and the Daly Rink (Newton, Mass.).

There are plenty of good teams in this U18/U16 tournament. Check out the schedule through the following link: 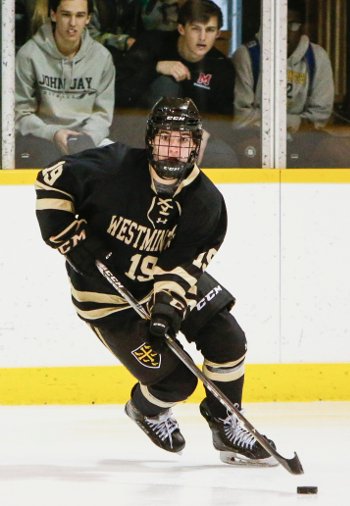 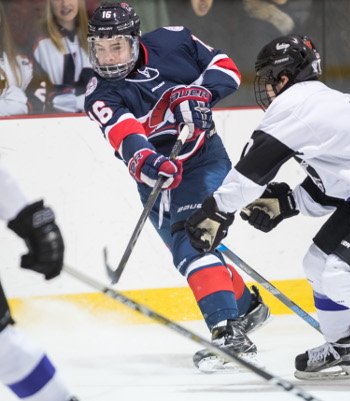 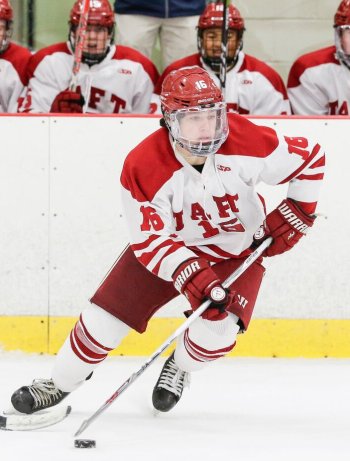 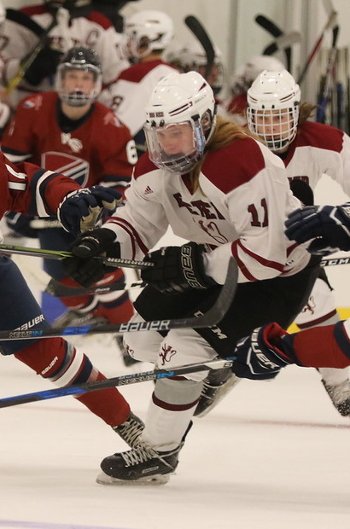