Sacred Heart University assistant coach Scott McDougall put in a lot of work over the summer recruiting teams to the event and feels he has the strongest field ever, with 24 teams at the 2001 level and 15 teams at the 2000 level.

The tournament is well-attended by New England prep coaches, who will be given full access to talk to participating players.

For full rosters and schedules – which will also be available at the four rinks – click on the links below. They are Excel docs, but very easy on the eyes. Use the tabs on the bottom to move around.

Select U16 & U18 Games Coming Up This Weekend
The following is a schedule of some of the more intriguing U16 and U18 matchups for the coming weekend:

The Junior Bruins U19 team will be hosting the Chinese National U18 Team at the New England Sports Center (Marlborough, Mass.) at 4:40 pm. Not quite sure what to expect from this one!

Mid-Fairfield will face off against the Connecticut Wolf Pack full-season teams at Newington Arena (Newington, Conn.).  The U16s play at 7:35 pm, followed by the U18s at 7:40 pm.

The Stamford Sharks U18s will be hosting the Connecticut Wolf Pack's U18 split-season team at 7:40 pm at the Stamford Twin Rinks (Stamford, Conn.)

One of the most exciting matchups of the weekend will take place at Tabor Academy (Marion, Mass.) on Sunday afternoon.  The Cape Cod Whalers will host the Springfield Rifles at both the U16 and U18 levels.  The U18s start at 3:15 pm, and the U16s follow at 5:05 pm.

The Connecticut Wolf Pack split-season teams will meet Mid-Fairfield on Sunday at Louis Astoria Ice Arena (Hamden, Conn).  The U16s face off at 11:00 am, and the U18s meet at 12:30 pm.

The Neponset Valley River Rats will host the Boch Blazers at the Foxboro Sports Center (Foxboro, Mass.) at both the U16 and U18 levels. The U16s start things off at 12:30 pm, with the U18s following at 1:50 pm.

Note: In addition, the US NTDP U18s will be at Providence College tonight (Thurs., 7:00 pm) and at Boston University Saturday at 7:00 pm. Dexter forward -- and Bruins draft pick -- Ryan Donato will suit up for the U18s for the two games.

The tournament will take place at various rinks throughout Central Connecticut, including Cromewell, Simsbury, Yale University, Wesleyan College, and the Westminster School.

Click on the link below -- it's a 42-page PDF file -- for the program book, which has rosters and schedules for all three divisions.

This Weekend’s Top Tier I U18/U16 Matchups
There are several choices this weekend (Sat.-Sun. Oct. 4-5) for those looking to see some of the top New England area midget programs matched up against quality opponents.

-- The GBL Bruins face the Neponset Valley River Rats at the Foxboro Sports Center on Sunday afternoon. The U16s are at 12:15 pm, with the U18s following at 1:50 pm.

--  The Little Bruins will go up against the Springfield Rifles at the Olympia (West Springfield, Mass.) Sunday afternoon.  The U18s will be at 1:30 pm, followed by the U16s at 3:00.

Jake Wise, considered the top ’00 birthdate in the Northeast, has committed to Boston University for the fall of 2018.

A lot of schools were interested in Wise, but -- no surprise here -- the only schools he visited were BU and BC.

Wise, who is currently a solid 5’10” but projects to about 6’0” or 6’1”, played for the Middlesex Islanders U14 team last season. This season, the 9th grader from North Andover, Mass. will be playing at Central Catholic High School in Lawrence, Mass. The squad, not traditionally one of the Mass powerhouses, has taken off in recent years and last season were #5-ranked for Super 8 play, but bowed to Austin Prep, 4-1 in the quarterfinals. Central Catholic associate head coach Kim Brandvold, a Norwegian-born defenseman who played at UMass-Lowell (’06 grad) and is also a skills instructor at Dynamic Skating (North Andover, Mass.), has long worked with Wise at his game.

Wise, a 2/28/00 birthdate, projects as a top candidate for the National Team Development Program the year after next (‘16-17).

This fall, Wise, a left-shot center who is drawing comparisons to Jack Eichel at the same age, is playing in the New England Fall Prep League in Salem, NH. We watched him there recently at the league’s Labor Day showcase and had this to say:

Jake Wise (#19, L, Mass. Public/Catholic, Central Catholic HS Grade 9, ‘00) -- One of the premiere ‘00s in the country, Wise has a mature array of skills. He shoots to score and has both velocity and release. He has strong and smooth hands, a fluid yet powerful stride, and he competes at both ends. Wise has a good frame and a canny ability to know when to fight through checks and when to finesse his way through traffic. He scored two goals in the first shifts of his game on Saturday – and he was also the youngest player on the ice.

We’ve actually been writing about Wise, who was the leading scorer and MVP at the prestigious Quebec International Tournament in 2013, for a while. Here’s a link to an in-depth article we wrote on him a year and a half ago, shortly after he turned 13: 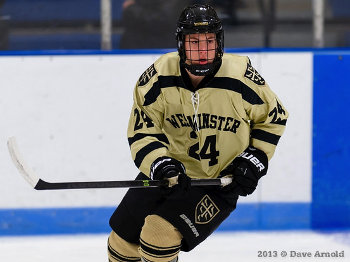 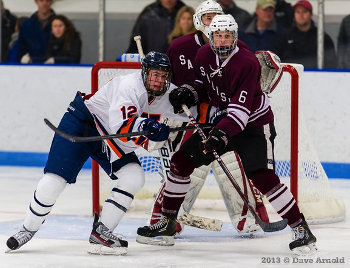 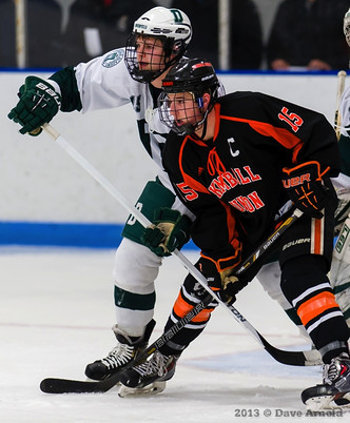 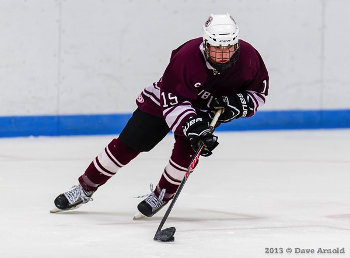